” Managing Emergency of the Migrants”

“Managing the Infectious disease Emergency of the Migrants”. This is the main topic of the workshop held at the Arnas “Garibaldi” in Catania. There were 70 delegates participating at the workshop from the nations competing in the World Health Organization. . The group initially attended the recovery and safety operations of the migrant through simulations that took place at the Harbour of Catania directly on the ship and then, in the afternoon, deepened the themes of the “Diagnosis on the quay” Project within the hall ” Dusmet ”of the Catania’s hospital.

The growing phenomenon of incoming migration events – states Giorgio Santonocito, while he was opening the meeting – led to health consequences, of course. Consequently, the timing of the diagnosis of infectious diseases is of fundamental importance. It’s so necessary to move from the moment of disembarkation, through the immediate intervention of medical and nursing staff on the quay of the harbour “.

On the same position there is also the statement of Dr. Sergio Pintaudi, who underlines the importance of teamwork.

“This whole day – stated Sergio Pintaudi, the director of the emergency department of the Arnas Garibaldi and Contact for Biocontentation and Regional Health Security – was the testimony of a great teamwork, of all those forces that make up the ” System Country’. A proper approval and thanks to all the operators of the Garibaldi Hospital, to the volunteers of the CRI, to the doctors of the USMAF-SASN, to the forces of the Order, to the Navy, to the Coast Guard, to the Air Force, to the officials of the Prevention of the Ministry of Health and of the Regional Health Department and to all those who in various capacities have believed and now believe in this project “. 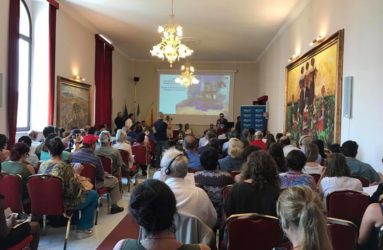 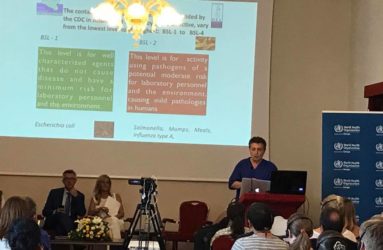 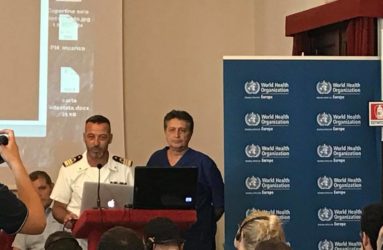 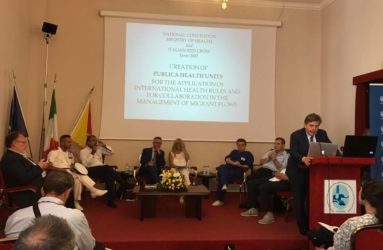 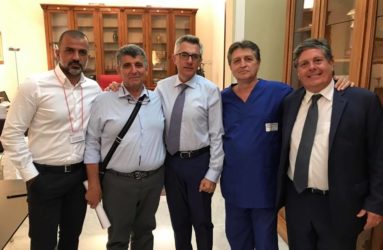 PI4 is honored and satisfied to have taken care of the event in all its organizational and dissemination aspects.

Journalistic articles in the newspapers Repubblica and La Sicilia. 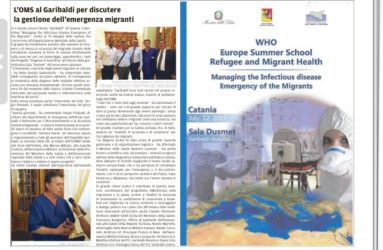 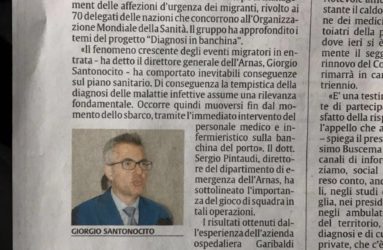